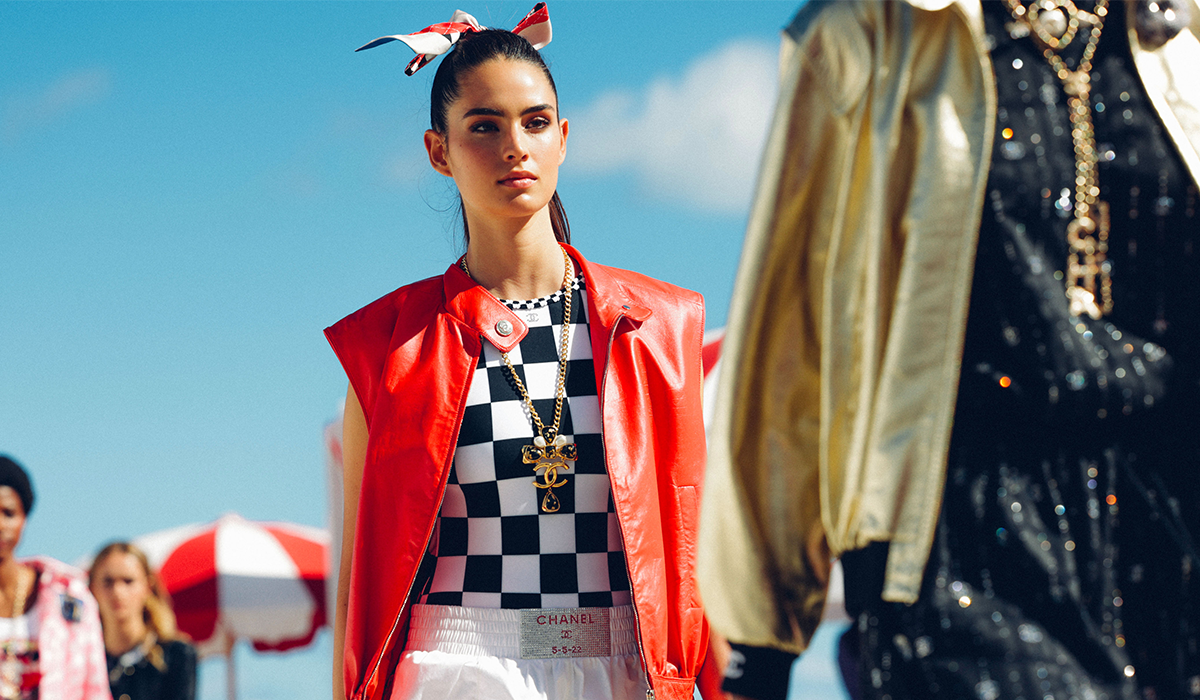 From Monaco to Miami, the CHANEL Cruise 2022/23 collection served us with another coastal-glam moment just 6 months after its first reveal on Monte Carlo Beach earlier this year.

This isn’t the first time that Miami has hosted the fashion house, with the late Karl Lagerfeld pioneering Chanel’s destination shows at the historic Miami Beach Raleigh Hotel. It’s also impossible to forget how Chanel has taken over the city with its 7,600 square-meter boutique that opened last December.

“Why Miami? Chanel loves Miami.” President of Chanel’s fashion activities and director of the Fédération de la Haute Couture, which oversees Paris Fashion Week, Bruno Pavlovsky, had high hopes for the Magic City just before the show: “It’s about storytelling … we have six collections per year, and we need to find the best ways to really connect with our customers six times a year. That’s the reason we are here.”

Virginie Viard’s motor sports-inspired collection was definitely worth celebrating twice. The collection’s 67 looks were given an exciting new backdrop of the Faena Hotel’s iconic red-and-white parasols on a boardwalk-themed runway – cruiseliner elegance all the way.

Fashion met Formula One as the show opened with the sound of speeding supercars and Chanel’s coveted fire-engine red tweed F1 jumpsuit. Pit-crew coveralls remain the trend since Kristen Stewart debuted hers at Cannes Film Festival this year, with the Formula One inspiration also carrying through in the checkered swimwear and dresses.

We haven’t left Chanel’s trademark French sophistication behind though, as the runway was graced with contemporary tailored skirt suits, shirt dresses and glittering evening silhouettes. Boardwalk whimsy will be difficult to ignore this season, as the collection inspires with crochet racing gloves, starter flag motifs and tweed baseball caps.

Beauty on the runway and in the crowds, with Chanel ambassadors Lily-Rose Depp, Marion Cotillard and Pharrell Williams representing the fashion house, and what would a Miami event be without David Grutman and Mera Rubell in attendance?

Promoted with a short film directed by the legendary Sofia and Roman Coppola, and wrapped up with an incredible concert by the legendary Nile Rodgers, this de ja vu event was an immaculate oceanfront tribute to the Chanel Cruise 2022/23 lifestyle.

Beauty products I Used For My Wedding